I have seen no justification for the recent attempted modification of the recipe from 2/3 to 1/3.……. Folks may have individually practical concerns such as affordability, as the original recipe calls for more alcohol which carries significant cost, but this is weighed against the volume of KNF Medicine rendered per usage of herbs which is significantly greater. Individual variance should be allowed as necessary, but the whole recipe should not be changed by any other reason than proven effectiveness.

theres a support thread on this here https://knfsupport.com/questions/question/ohn-recipes-1-3-or-2-3-confusing 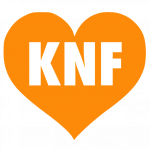